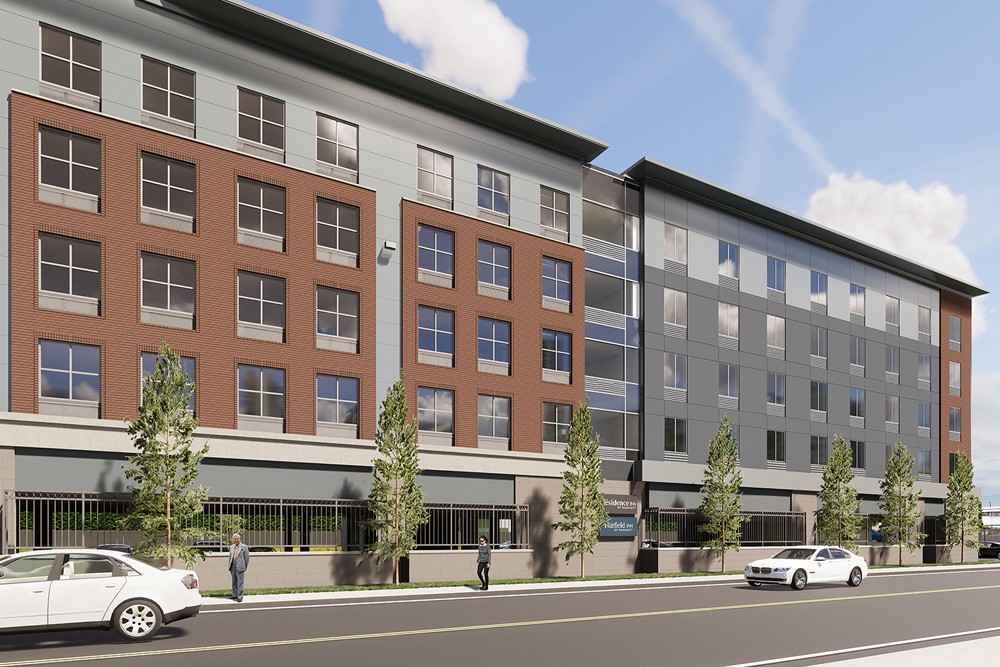 Chelsea, MA - In late 2018, PROCON began work on the Fairfield Inn by Marriott, located at 200 Maple Street in Chelsea, MA. The 26,000 SF building is an addition to the existing Residence Inn. Upon completion, the structure will become a dual-branded hotel totaling 200 guestrooms. PROCON of Manchester, NH, who designed and built the Residence Inn seven years ago, teamed-up again with owner XSS Hotels on the addition. The project is highly visible from the highway, is just minutes away from Boston Logan Airport and less than 3 miles from downtown Boston.

The completed hotel will stand at the junction of comfort, productivity, business, and pleasure, featuring different accommodation options. The more robust establishment will include 80 additional guest rooms and include the renovation of 12 existing rooms, an expanded dining area, buffet space, and fitness center to accommodate a larger number of guests. Simultaneous work will include overall upgrades to the current hotel’s lobby and guest rooms - resulting in a seamless and modern look throughout.

The Residence Inn will continue to provide extended-stay suites and studios with fully-equipped kitchens. Whereas, the Fairfield will be targeted towards travelers seeking shorter stays. Deluxe king and double-queen guest rooms will be available on both sides. Guests will enjoy a variety of amenities such as a state-of-the-art fitness center, swimming pool, guest dining, and buffet areas, a 24/7 market, and a 24-hour business center.

PROCON’s Design Team worked closely with Marriott International to produce a blended lobby design for a smooth customer check-in experience. “To create a uniform blend of the two brands, we used complimentary materials that would work with the existing building while including subtle differences to distinguish between them. The end result will appear as though the entire building was constructed at the same time” stated Kent Beirne PROCON’s Vice President of Architecture.

In the last five years, PROCON and XSS Hotels’ have added four upscale hotels to Chelsea’s landscape: TownePlace Suites by Marriott, the Homewood Suites by Hilton, the Holiday Inn, and the Residence Inn by Marriott mentioned above. This will be their second dual-branded hotel following the recently opened Fairfield Inn & Suites/Residence Inn in Waltham, MA.

“The Residence and Fairfield Inn are two of the finest Marriott accommodations to be found under one roof. This is a wonderful opportunity to provide a wider selection of accommodation choices for busy travelers who want to get to the airport easily and access Boston.” expressed PROCON Owner and XSS Hotels Partner Mark Stebbins.

In the next few years, the two companies have plans to roll out additional dual-branded hotels in Greater Boston, and the New York metropolitan area. In the meantime, the existing Residence Inn will remain open during construction with guest safety and minimal disruptions as a prime focus. Upon completion the combined hotels will total 129,800 SF of space and the work will be finished in 2020. 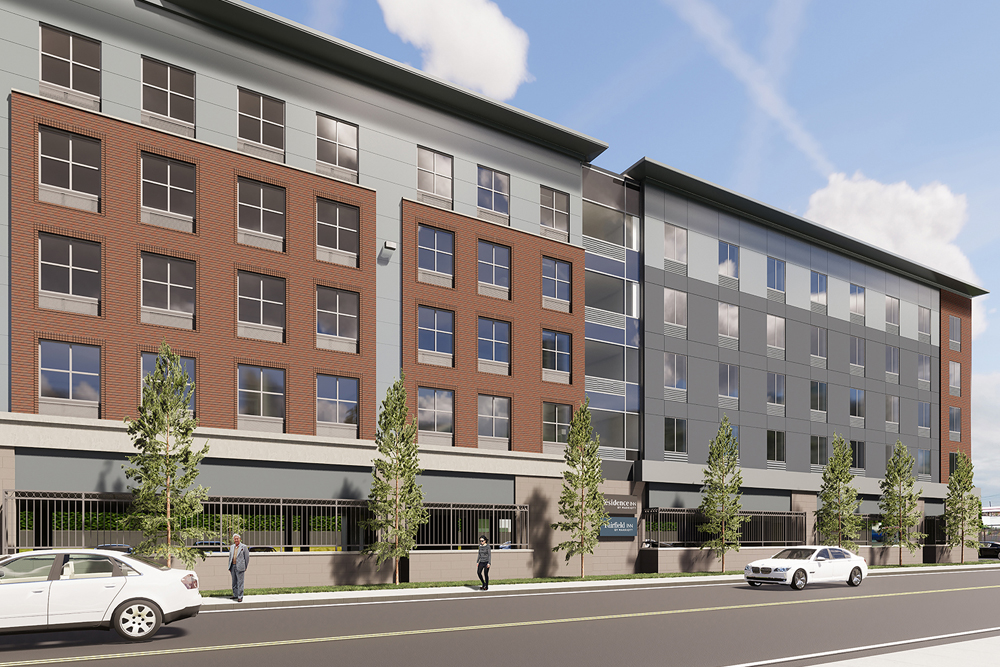